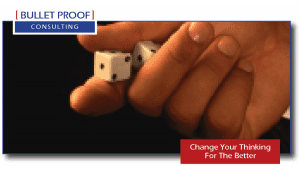 Let’s talk about one piece of success today.  Do you remember the movie This is Spinal Tap?

It was about one of England’s loudest heavy metal rock bands. Spinal Tap. Directed by Rob Reiner – who also played the director of the mockumentary, it was a satirical look at life inside a rock and roll band. The movie became a cult classic because it was absurd, hilarious, and frankly, spot on.

One of the best scenes is the one dealing with their favourite amplifier. In a nutshell, the amplifier is first class, state of the art, way ahead of all other amplifiers because it goes to 11. You see, all the rest of the world’s amplifiers only go to ten. This amp is brilliant because it is one step louder. It is not ten, it is eleven. When the band needs that extra audio push, they turn the amp to eleven. Brilliant idea, right?

That little extra oomph to eleven is exactly what every single audiophile wants. Or is it?

My younger brother was a hardcore heavy metal audiophile. Not only did he buy all the right sound equipment, but he also BUILT it for his friends and even himself when he was light on cash. Ultimately, he fitted his Firebird with 18 speakers, woofers, and subwoofers and at least three amplifiers. (No, there was no room for passengers or even a bag of groceries. His car was strictly a rock concert on wheels.) One always knew he was coming – he could be heard three to five miles away. By the time he hit 30, his hearing was nearly gone.

My brother, the perfect prospect for a new amplifier, speaker, or subwoofer would never have bought based on – “it is one louder and perfect for when you want that extra push over the cliff.” Nor would he buy based on best looking, solid quality, excellent service, or cheapest price.

My brother would buy it because it made him feel like an even more magnificent audiophile. Because his purchases pushed him several steps ahead of anyone else in his tribe. It made his audio world outstandingly amazing. Because it brought the sound experience INTO his body. It allowed him to be one with the audio experience. Because it gave him the ultimate rush of living and vibrating in sound.

Eleven? No Way. One Hundred!

You know a big reason for your ultimate success will be because your products or services are remarkable. Remember, remarkable simply means people remark about you or your products/services. So to be remarkable, the easiest thing to focus on is how your product or service impacts and affects the lives of your prospects and clients.

This is about appealing to your prospects on an emotional level. Never use logic until you address the emotion head-on. You see, the power of one more than what everyone else is doing does not work. One more smoother, creamier, fattier, faster, quieter, cheaper will never do the trick for you and your bottom line.

In other words, please do not focus on the power of eleven in whatever you do. Focus your efforts on the power of 20, 50 or 100. THAT is how you stand out and stand apart. Need some help? Click here.

To Your Amazing Success!