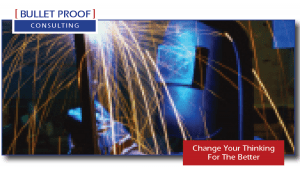 The Gateman in Guatemala taught me a huge lesson about my speaking and writing style, which is what I want to share. Now, some of you might want to pick those words apart and say, “Oh, you want to talk about communication.” No! I want to discuss how you convey your thoughts to others.

When I was 30 years old, I was the executive assistant to the President. No, I was not his secretary. I watched and helped the big guy who was in charge of a 1.5 billion global company. Everywhere he went, I went. To subsidiary meetings, board meetings, and senior staff meetings. I travelled the world with him and basically had a fantastic cat seat or sidecar chair to see how a company functions, how all the pieces fit together, and what it takes to lead huge companies.

From the outside, it appeared to be an incredibly prestigious and glamorous job. Inside, I worked 70 or 80 hours a week, dealt with the senior-level sniping that frequently goes on behind the scenes, spoke truth to power more times than I can remember and stood in for him when he did want to or had no time to do something.

The CEO had an ego the size of four rail cars strung together. He pissed almost everybody one, two and three levels below him daily. Because he always had an answer even when he didn’t. And while I frequently told him to dial down his bravado with his boss and the board of directors, he ultimately did not take my counsel and was fired from his job. Arrogant, an old white male with a huge entitlement attitude and scornful of most everyone in his universe.

Now, I can imagine right now, you are going, WTF?

We were a global company, and English was not always the first language. The big boss knew that whatever he said to anybody at any level in the company could be easily misinterpreted. So, anytime someone wrote something for him, told him he needed to fly out and talk to someone, had to give a presentation, or send an email, his first words were ALWAYS about the poor gatekeeper in Guatemala. I had enough of this crap one day and asked him whatever are you  getting at?

This is what he told me. The gatekeeper in Guatemala is an uneducated, middle-aged guy who does not speak English outside of a few sentences. Furthermore, his main job is to check the facility’s incoming and outgoing truck traffic. He is a very proud man, and he is really good at his job. Been there for 20 years monitoring trucks going in and out of the gate. Guatemala is a much different country from Canada, so his personal life is very different from ours. Plus, we are from head office. So in his mind, the head office has no impact on his life, and he, therefore, has no need to be nice or listen to us. That means anything we say to him must be in the simplest of terms and must be framed in something that is meaningful to him.

Let me stop for a minute. I don’t care if you own your own company, work for someone else, write copy for customers, call customers, manage a small staff or a gigantic staff. This is brilliant advice. Whatever we say or write must be in the simplest of terms and must be framed in something that is meaningful to the other person.

Working for the big man forced me to change the way I thought. It made me realize what I did was not important, it was how I made the other guy feel. It made me really think through what was the most important takeaway I wanted to leave. It made me simplify my language. It cause me to remove all the big words or the corporate jargon garbage and made me really focus in on the WiiFM for the other person.

Did I get it right? No. Perfection is impossible and even today, I still screw it up. What I did do though was learn how to speak to be understood. Not to be heard. I developed a reputation for simplifying the most complex problems, learned to never leave until the other person totally understands what I need, to always be prepared and to write and speak at a Grade 8 level.

Today, you can do exactly the same thing. Anytime you need to give a presentation, talk to your staff, your bosses, your customers, your suppliers, or your banker. Think about the poor gatekeeper in Guatemala.

What is the simplest way you can get your message across? What are the most important points you need to convey? What does your audience want to hear about the most? What terms do they use? Write it all down.

I use Word. And Word has the most useful function of check spelling and grammar. As part of the function, it actually tells you what Grade Level your writing is. Fun fact, if your grade level is higher than Grade 8, you will lose your audience. And if some of you are saying you can’t write to save your soul, there are very cheap software packages available now that can help. I use Grammarly. It is the best $150 I can spend in a year.

You know those days you get so frustrated because you have been trying to explain something and that one person simply doesn’t get it? You feel like you are talking Greek (and you have no Greek DNA in your body). So you do what many of us do.

You start talking jargon. Like, listen, if we open our kimonos and put this on overdrive ASAP, we just need to pick the low-hanging fruit and then bake this cake. After that, we demonstrate that we are the best in our breed, boost the EBITDA, and drive it all home.

Yeah, complete mumbo jumbo, right? But we feel good because we just demonstrated we are the smartest in the room. Except, unfortunately, nobody has any clue what the hell we just said. And if we are brutally honest, we just said a bunch of words of absolutely nothing.

About fifteen years ago, I was leading a continuous improvement project. I knew we could do it. Even though others didn’t believe me. I had everyone pulling in the same direction. Except for the shipping manager.

He was a crappy piece of work and refused to help or sign on. He had the biggest chip on his shoulder, making everyone’s life miserable. Every place has one of these right?

So, I was out to reduce the shipping errors and get all the screw-ups made eliminated. I asked the shipping manager to watch and then report on some metrics at the weekly staff meeting. He didn’t, all he did was give excuses. This went on for about six weeks. One day I was livid and went out to his office.

I closed the door and prepared myself for a nasty conversation. His office was a pig sty and I couldn’t find a healthy place to sit, so I stood. We started talking. Actually that is a lie. I started going on in jargon speak about what I needed and what I expected him to do. Which successfully pissed him off, and we got to an impasse. I made a snide comment about his filthy office. Which unleashed a torrent of bitterness from him.

As he was venting and swearing, I looked at his desk and saw a bunch of squiggles and lines on his blotter. I can’t honestly tell you were this came from, but I asked him to explain his squiggles and lines. Turns out those scratchings were how he managed his function.

He could point to any day and tell me what was shipped, what was screwed up, whether the sun was shining and how many truckloads came in and went out. Then he showed me each month, and then last year, and the year before that. I got quite excited because I realized he had all the information PLUS that I wanted him to report each month.

The difference was it was his way of talking, not mine. In other words, I had forgotten about the gatekeeper in Guatemala concept. I was so focussed on the fact that he wasn’t delivering for me, that I ignored the fact he had no idea where I was coming from and what was in it for him. That day we made a pact. I would have his office painted and spruced up for the first time in 20 years, and he would present his way of tracking stuff to satisfy our continuous improvement project.

Inside of six months, he had eliminated every single shipping error imaginable, would stop me regularly and would quote in my terms what his stats were and ultimately he became one of my staunchest supporters.

My point is you want to speak and write to be understood. Not just to be heard. Therefore, focus on the other person. What do they really need to know? How do you want them to feel. Simplify, simplify, simplify. Because nobody will ever be as clear about what you want as you. So even when you are mad, annoyed, and frustrated, think about the gatekeeper in Guatemala. I promise. It will make your life so much easier.

You know, just like I do, anything is possible. There are just two things you need. Focus and Commitment. I believe in you. I KNOW you can make the impact you want.