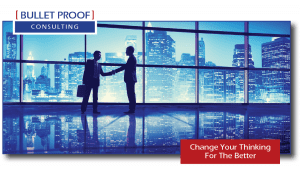 Like you, I read a lot. It’s the best way to keep abreast of all the different ideas, concepts, and thoughts floating around the ethernet. And also stay connected to the lies we believe.  Lies?

I have been reading the works of Srikumar Rao, the founder of The Rao Institute for years. His latest thought piece is something I want to share with you today. It blew my mind and I am positive it will give you pause.

Dr. Rao took all the teachings of the world’s greatest masters, stripped them of religious and cultural connotations and adapted them into exercises acceptable to intelligent people in a post-industrial society. He calls his opus Creative and Personal Mastery and he has regularly taught it at the top business schools — like Kellogg, Berkeley, London Business School, Stanford and Harvard.

This is his latest lesson in its entirety.

There are some things you are told repeatedly.

You are told them so often that you don’t question them anymore. They are almost ‘revealed truth’.

You are told to see the glass as half full, not as half empty.

You are told that every problem is an opportunity in disguise.

You are told that you cannot control everything, but you can control how you respond.

The last is just not true. More precisely, it is only partially true.

Paul and Steve were in contention to become the next CEO. They both ran billion dollar divisions of the conglomerate they worked for and both had stellar track records. They had grown revenues to record highs and earnings to match.

Steve was a knife fighter and a master of innuendo. He smeared his opponents without ever making a direct accusation that could come back to haunt him. When a major project failed, he was quick to ask “Didn’t Paul push for funding that initiative?”

The board debated for hours and finally gave Steve the nod. Paul congratulated him graciously and promised to help Steve transition into his new role. He also offered his resignation so Steve could pick his own team.

Paul found out, later, that Steve had hired the grandson of a board member and the son-in-law of another into unusually high-paying positions in an overseas division of his empire.

Everybody commended Paul on how he handled the situation. They said that he was the perfect exemplar of the dictum that you cannot control everything, but you can control how you respond.

But that was just not true.

Outwardly Paul was gracious. Inwardly he was seething. Anger drove his blood pressure up and he developed ulcers.

That is the problem with this particular adage.

You can, perhaps barely, control your outward behaviour and response to something that goes wrong in your life.

It is a different story with regard to your internal mind state. Your mental chatter frequently takes you to all kinds of dark places.

So what can one do?

The solution is simple.

You don’t try to control your response to any particular setback.

If you have your heart set on a promotion and you don’t get it, you are hurt and disappointed. If the person who bested you played foul, you become angry.

You cannot control these responses directly and in the situation.

But you can become the kind of person who responds differently to these provocations.

The way to do this is simple. It is not easy.

You have to constantly remember, and accept, that nothing, but nothing, is under your control. We think and act as if we had control over situations. Very often we succeed. And this reinforces our illusion of control.

The illusion of control is a wonderful construct. This is what has led you to the success you enjoy. This is what leads you to set goals, make plans to reach them and execute on those plans.

But, sooner or later, something totally unexpected will come out of left field and totally wreck your blueprint.

It has happened before. It will happen again.

If you use the ‘illusion of control’ knowing that it is an illusion, you simply brush off adversity and failure. This is the time when the illusion broke down and you are prepared for it and are OK with it. You are now at a fresh starting point, and you repeat the process.

Muslims say “Inshallah” whenever they discuss plans or make declarative statements. It is an explicit recognition that they have no control and Allah will make it happen if He wills. “We will meet for dinner on Friday, Inshallah.” “Our company merger will boost revenues by $10 billion, Inshallah.”

It is a wonderful cultural practice with great utility.

Unfortunately, many use it mechanically and the value is lost. Some even use it mockingly to indicate that whatever they are discussing will not happen.

In many Eastern traditions, you walk on a razor’s edge. Your next breath could be your last. You are constantly aware of this even as you make long-range plans. But you are not morbid. You are simply accepting that this is the way it is.

And when you walk on the razor’s edge, you do not go to dark places when events don’t go the way you would like them to.