Another Launch is Happening

For the last three weeks, I have been developing my latest launch. It’s finally at a point where I can share some bits of it with you.

I am launching another podcast by the end of September. It’s called —

It’s about doing business differently and moving beyond the “Profit at all costs” paradigm into a kinder and gentler variety that places communities and people above the mindless pursuit of profit. If you like, call it Capitalism with a human face.

It’s about being accountable for the costs of business imposed on the environment and the communities near the factories, plants and offices.  Treating employees with more kindness and being transparently accountable to the consumers, customers and all stakeholders. Think of it as a variety of Capitalism that is more humane, compassionate, just and fair.

Compassionate Capitalism is not just a mindset change; it is a movement away from —

-the dominant philosophy of polluting the environment and refusing to pay for the cleanup, and
-constantly increasing the pay for those at the top of the organizational hierarchy and leaving those down the ladder high and dry, and
-not compromising on the quality and safety of their products and goods and services, and
-being transparent in all dealings with regulators and governmental agencies, and,
-conducting the most negative, abhorrent and out-of-date business transactions

Is Compassionate Capitalism in existence today? Yes. About 10% of the world’s companies practice it. The other 90% have either not heard at all or enough about the benefits. Enter —

I won’t bombard you with the work that is still in progress. However, I want to share an extraordinary poem that fell into my lap last week. I think it hits the mark. (I included it in the first episode.)

If Circumstances Were Different

If circumstances were different
would you change your mind?
Would you question
the wisdom of a system
where you can “get ahead”
if you were being left behind?

From another part of the world
how altered would your perception be
of the economy of a nation
that relies on your exploitation
then celebrates being
the land of the free?

No intellectual argument
inspires you to think things through
but how quickly
might you understand the so-called enemy
if the weapons pointed at them
were pointed at you?

If you were being driven insane
wouldn’t you fight for the madness to stop?
If you were being bruised and battered
and used so they could
ascend the ladder
would you still admire those at the top?

Do you have to walk in someone’s shoes
to understand their predicament?
Can you not imagine how you would suffer
or fathom all the injustices
you might endure
if circumstances were different?

I believe the majority of humans are kind and decent. And collectively, we are waking up and realizing our thirst for wealth has had so many unintended consequences. And we must take matters into our own hands before it is too late because there is no question. We would gladly accept a do-over IF we knew in advance the magnitude of our individual efforts on global destruction.

And before I forget —

You already know my first podcast was an award winner, and I repurposed it for the app BlogCast. Let me know if you’d like a gift of 30 days of free listening pleasure. You get to hear some of the thoughts of others who are more famous and well-known than yours truly. You could also hear some of my best on business and leadership.

I am ducking out now to finish writing and producing ten podcast episodes by the launch on September 30th. 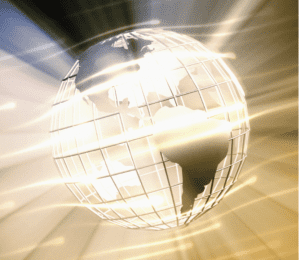 In Praise of Praise
Last Friday, I received a slap-in-the-face lesson about Praise, and today I want to share it with you. I was…