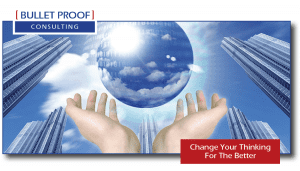 Check out this quote about commitment!

“Too often, commitment was measured by how many hours you were willing to work. But commitment is best measured not by the time one is willing to give up, but by the energy one wants to put in.” –Eugene O’Kelly

What a way to change your perspective, right?

Eugene O’Kelly was a former Chairman and CEO of KPMG. (KPMG is one of the largest accounting firms and one of the Big Four auditors.) Eugene was elected Chairman and CEO of KPMG in 2002 for a term of six years. In May 2005, at age 53, Eugene was diagnosed with a terminal brain tumour. Before he died, he wrote a book, “Chasing Daylight: How My Forthcoming Death Transformed My Life”, which became a best seller.

Why am I sharing this?

Two reasons. Having never been able to clearly define commitment, this seems perfect to me. Plus, I want to tell you a short story about my own recent failings.

The first Keep the Lights On Forum happened last week. From the attendees’ point of view, based on their written feedback, it was great. I, however, felt much differently.

In the online event space, very oddball stuff happens. My computer froze 15 minutes before the end of the meeting. It took 12 full minutes before I could get back into the event. This lost time should have been spent on releasing the final tool to the attendees and the usual wrap-up of an organized and well-timed meeting.

We all got a software-generated announcement saying the meeting would end in two minutes!

Which meant there was absolutely no time to properly finish the meeting. I took 30 seconds to explain what had malfunctioned at my end, apologized for the meeting screw up, expressed our gratitude for their patience and declared we would send everything we promised immediately after.

To sum up, the first 105 minutes had gone reasonably well. The last 15 minutes were dreadful. And, horrors of horrors, I haven’t really changed much as I have matured. I STILL ignore all the good parts and obsess over all the bad.

Obsessed is a funny word, isn’t it? When someone is obsessed, it means they’ve lost control of their feelings about the object of their obsession. Believe me, after the meeting ended, I lost it. Just like so many business owners I have worked with over the years, I concluded our actions needed to be curtailed, pulled back and even stopped. I mean, if you can’t manufacture perfection, what good are you?

I think my father was the one who drilled, maybe when I was about six, everything had to be perfect. Especially doing the first time for anything. Last week, I forgot the most important part about Perfection. Life is not perfect; humans are certainly not perfect. Perfection is not attainable. However, if we chase perfection we can catch excellence.

In the calm, clear light of day, I began to think through the options. Keep or Improve? Retreat or Soldier On? Head up or Head down?

Commitment is Energy Put In

Neither Kim nor I can articulate how many hours we put in behind the scenes. See, we fed off one another’s enthusiasm, creativity, and innovation. We knew in our bones that what we were creating was a great addition and soothing balm to the noise in our world.

And we both believed we could make an impact – even if just for an hour or so. Both of us went to bed every night knowing we had given our best. If we were to measure the energy, we put into it, frankly, that value would be off the charts.

How many times have you read from me that 80% is perfectly fine? Attaining that 80% means you have a process that allows you to chase perfection. And is the stamp that confirms you are en route to catching excellence.

The real question I needed to answer is why obsess about something that turned out to be less than 10% of the entire event? THAT was the nub of the lesson I finally learned.

Keep the Lights on Forum

Is on again on March 10th. It has a three-part agenda. A discussion about increasing personal resiliency, several brainstorming, iterative, and interactive discussions which yield amazing ideas for your business and then a tool to prioritize those ideas so you can focus on the ones that bring immediate relief.

And if my computer freezes and I get locked out again, I know what to do.

So yes, we are very committed. Not once has anyone ever said, being different is easy. Leadership is assuredly not for the faint of heart. And commitment defined by the energy we put in – has and will continue to carry us far.

In Praise of Praise
Last Friday, I received a slap-in-the-face lesson about Praise, and today I want to share it with you. I was…